Royce Gracie Puts BJJ On The Map 26 Years Ago Today

November 12th of 1993, Royce Gracie stepped into the UFC octagon to prove to the world what his family already knew…that Brazilian Jiu Jitsu would defeat any other style of martial art in a one on one match. 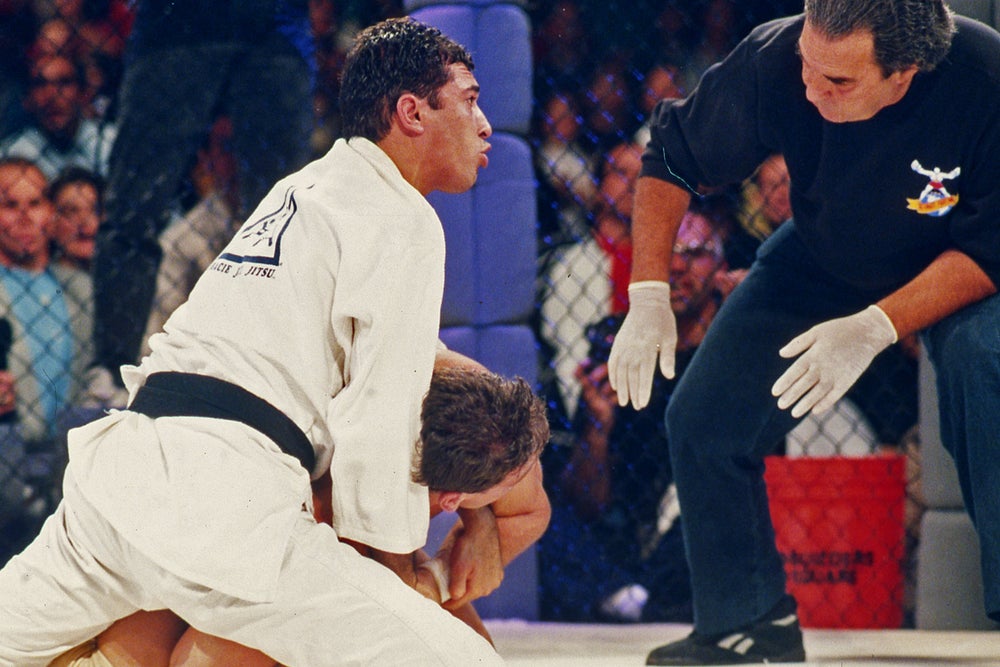 Royce was very young and the lightest fighter to enter UFC 1.
He didn’t look intimidating. He wasn’t going to win the day looking like the toughest or strongest guy in the octagon.

He was going to win that day using a strategy and techniques that would neutralize his opponent’s striking and physical attributes.

He would close the distance, take them down, work to the most dominant positions giving his opponent no space to strike or move and funneling them into a submission where they would either give up, pass out, or face serious injury.
He knew how the matches would go. He, his family, and other Brazilian Jiu Jitsu martial artists had countless wins in challenge matches and in no holds barred type fights in his native country of Brazil.
Here it was different though. This was in America on a big stage televised to show us that there was a big problem with the way other martial arts were training in that they lacked the strategies and techniques to win in a close combat fight… one that he would force and they could not stop.
Royce Gracie was a true MMA pioneer in the US. He inspired countless people to take up Brazilian Jiu Jitsu and opened the eyes of the world to what Brazilian Jiu Jitsu has to offer.
Royce Gracie is a legend for what he started 26 years ago in his UFC debut on his way to winning 3 out of the first 4 UFCs.
CALL US
SCHEDULE
Web Special