“How do you counter multiple attackers using Brazilian Jiu Jitsu?”

A common question that many people worry about…

How do you counter multiple attackers using Brazilian Jiu Jitsu?

… with some difficulty but let me ask you a question, how often do you get in a fight with multiple attackers? 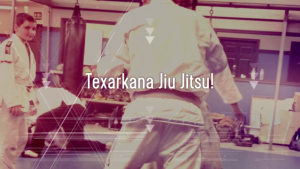 Most people never have this happen, so it doesn’t seem to be a high priority for self defense. If it does happen a lot, then maybe re-evaluating why would be a great idea.

Having said that, here’s the huge issue with thinking you don’t need Brazilian Jiu Jitsu in a fight that could include multiple opponents…

What if one of the attackers clinches with you or takes you down?
You have to have grappling skills to prevent that, to gain position on the ground, and to be able to get up off the ground.
Most BJJ schools cross train their students in judo and or wrestling to varying degrees depending upon the school. At Texarkana Jiu Jitsu, we train a lot of takedowns and clinch (the stand up part of grappling).

The point is that a BJJ practitioner will likely have an advantage in the grappling range.

There is a very low probability you can avoid the grappling range when multiple opponents are involved.
Additionally, a BJJ practitioner can strike even if it’s not their primary weapon in a fight.
…and probably most importantly, a BJJ practitioner is very likely in much better shape than their opponents who will in all probability be exhausted inside the first minute or so of a fight.

The best approach to multiple opponents is to not be in places where you might have to face them, avoid fights as much as possible, maybe have friends with you if you’re in a place where there could be trouble, and of course having a weapon to use if absolutely necessary.